Several hundred people danced and sang to the beat of the drums. Enthusiastic handshakes accompanied infectious smiles. At times, it was almost overwhelming. It was the dedication weekend for Good Friends Church.

The church started in Bori, South Sudan, as part of the farming operation there. Cal Bombay Ministries has always had two goals: to feed people physically and spiritually. When the population of Bori fled to Uganda, Pastor Duku Scopas and his family also fled. They re-established the church in Palorinya Zone 1. For many months, the congregation met under a tree.

The humble surroundings didn't dampen the enthusiasm of the worshippers.

The beat of the drums, the dancing, and the singing praise to God was exuberant. The church grew, despite the humble settings. However, meeting under a tarp during rainy season was a challenge. In 2019, Cal Bombay Ministries provided the funds to construct a church building. The church members contributed their labour.

In November 2019, the church was finished, and the people were ready to celebrate. Cal was invited to dedicate the church (building and people) to God and to officially open Good Friends Church. 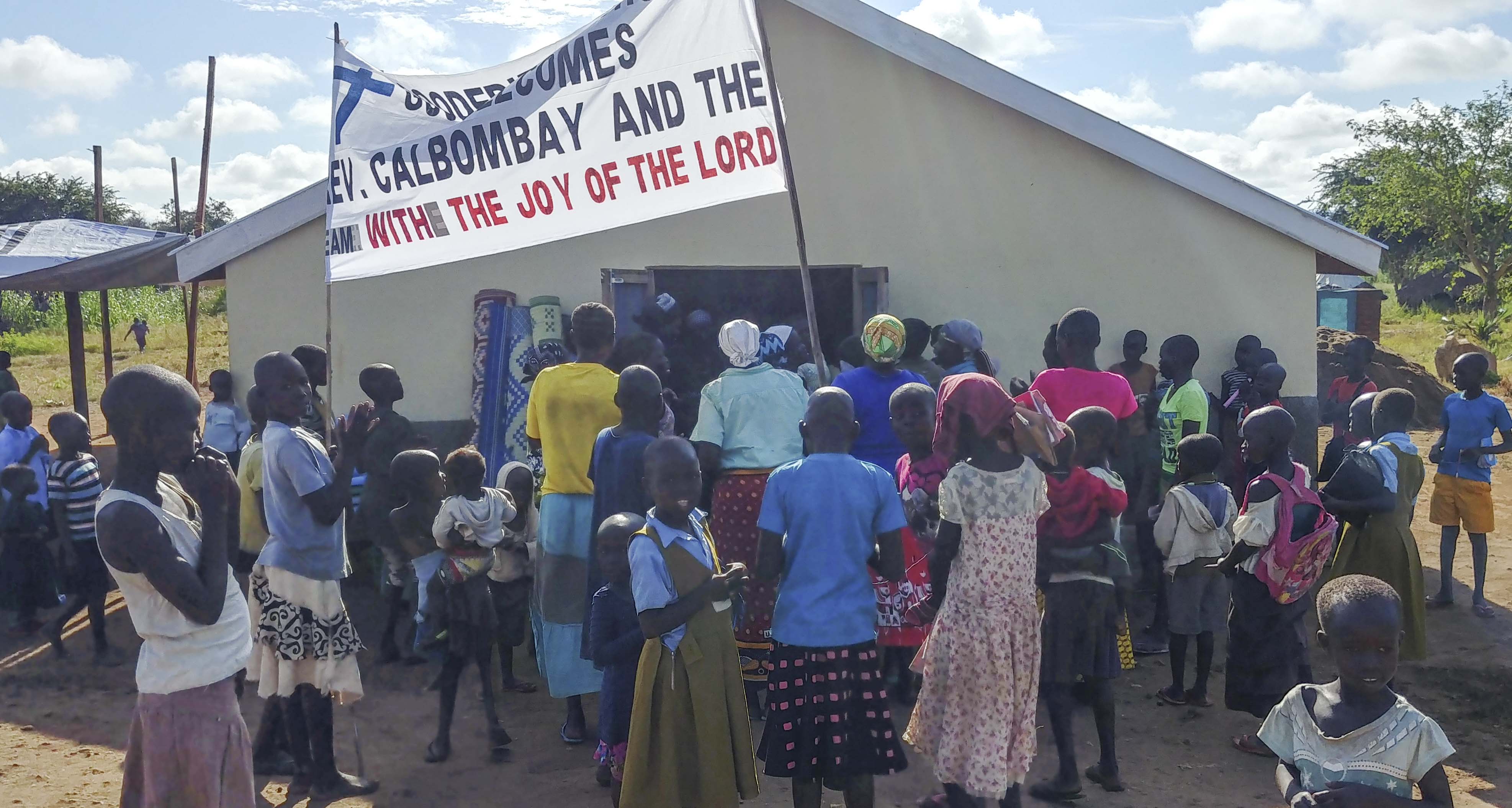 Good Friends Church in Palorinya refugee settlement. Our vision was too small. The Sunday morning crowd has almost outgrown the building already.

What a joyous time it was! The building couldn’t contain the crowd. Outside, people sat wherever there was shade. Children peaked through the doors and windows.

The kids didn't want to miss the party

Inside, you could barely move for all the people. But there was still room to dance. And dance they did, praising God for all he has done.